We are very pleased to announce the jury of this year Hans Sauer Award 2020 „Designing Circularity in the Built Environment“: 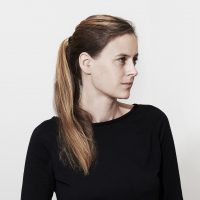 Full Professor for Design and Construction in Existing Contexts, Conservation and Building Research at the University of Applied Sciences in Munich. Before, she was senior researcher at the Institute of Technology in Architecture and at the Institute for Conservation and Building Research at ETH Zurich. Her research focuses on the attempts to optimise planning and to rationalise the building process as well as on questions concerning the development, repair and conservation of system buildings, digitally fabricated constructions and larger building stocks. // Bild (c): Ekkehart Bussenius

Werner Lang studied Architecture at the Technical University of Munich (TUM), the Architectural Association, London and UCLA, USA. He obtained his PhD in 2000 (TUM). Since 2010 he is Professor of Energy Efficient and Sustainable Design and Building (ENPB), Speaker of the Center for Sustainable Building (ZNB), Department of Civil, Geo and Environmental Engineering and of Architecture at TUM (joint appointment). From 2015 – 2017 he became Director of the Centre for Urban Ecology and Climate Adaptation, TUM. Since 2006 he is Partner and Shareholder of LangHuggerRampp GmbH Architects, Munich. In 2010 he became Director of the Oskar von Miller Forum, Munich. His Research focus is: Minimization of resource consumption, use of renewable energies and renewable building materials, development of closed material loops in the construction industry. Synergies of climate protection and adaptation measures at building and district level. 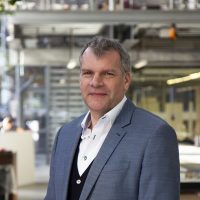 Tillmann Klein studied architecture at the RWTH Aachen, completing with a degree in 1994. From then on he worked in several architecture offices, later focussing on the construction of metal and glass facades and glass roofs. Simultaneously he attended the Kunstakademie in Düsseldorf, Klasse Baukunst, completing the studies in 2000 with the title “Meisterschüler”. In 1999 he was co-founder of the architecture office rheinflügel baukunst with a focus on art related projects. In 2005 he was awarded the art prize of Nordrhein-Westphalen for young artists. From September 2005 until 2018 he headed the Facade Research Group at the TU Delft, Faculty of Architecture and since 2008 until 2016 he was director of the façade consulting office Imagine Envelope b.v. in Den Haag. Tillmann Klein organises the international façade conference series ´The Future Envelope´ at the TU Delft and is editor in chief of the scientific open access ´Journal of Façade Design and Engineering´. He finished is dissertation with the title ‚Integral Facade Construction – towards a new product architecture for curtain walls‘ in 2013. From 2015 until 2018 he was guest professor for Design and Building Envelopes at the TU Munich.
Since 2018 he is full professor for Building Product Innovation at the TU Delft and leads the Circular Built Environment Hub at the Faculty of Architecture 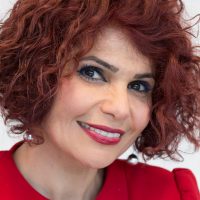 Prof. Masi Mohammadi has a PhD on smart homes, holds the chair of ‘Smart Architectural Technologies’ at Eindhoven University of Technology, and heads the KIVI-chair of ‘Architecture in Health’ at HAN University of applied sciences, in the Netherlands.
As a senior researcher and project manager in different nationwide projects based in the field of smart healthy cities, she gained large experience in interdisciplinary studies. In collaboration with municipalities, housing associations and care organizations, she carries out her research on the next generation smart homes and neighborhoods in real life projects throughout the Netherlands. In this regard, she has served as chair and/or board member of more than 20 (inter)national committees and research networks, e.g.  the honorary member of the Executive Board of the Dutch association of Facility Management in Healthcare, and as visiting professor at University of Technology Sydney. She has contributed to various publications on interdisciplinary domains of smart healthy homes. She is a well-known speaker who has delivered more than 120 academic and professional keynotes and invited to talk at national and international level.

The official announcement of Hans Sauer Award 2020 is available here.